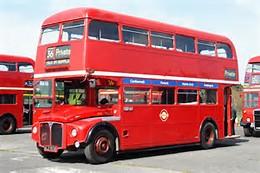 Buses can be An Icon

The red London Bus has become an iconic symbol of our capital’s transport network and they carry 6.5 million people a day. Take a look at these bus facts that range from the historical, the modern and the just plain bizarre!

Why are the buses red?

Buses used to be painted different colours with each colour signifying a different route around the city. There was tough competition after 1907 and so the London General Omnibus Company (LGOC) – which became the biggest bus operator in the capital – painted their fleet of buses red in order to stand out from the competition. Later, at the request of the police, they also introduced numbers on the buses to signify different routes. Why not try a bright pink bus instead for a night out with a difference?

When was the first bus service?

George Shillibeer began operating the city’s first service on 4th July 1829. The service ran from Paddington along the New Road to Bank and he’d been inspired by ideas picked up in Paris where the service was already popular. The buses carried 22 people and were pulled by three horses with four return journeys operating every day.

Two iconic Routemasters are still in use

The Routemaster bus is an iconic symbol of London transport but even this couldn’t save them from being withdrawn from service in December 2005. Before being pulled out the roads there were literally hundreds of buses travelling all around London which meant an effective Fleet Vehicle Tracking system was needed to keep track of route times, fuel efficiency and so the company could improve the service where possible. To find out about these tracking devices simply visit sites including https://www.vehicle-accessories.net/vehicle-tracking/fleet-tracking/.  They were replaced with easy access low-floor buses. However two are still in use today on heritage routes –  Route 9 from Kensington High Street to Aldwych and Route 15 from Trafalgar Square to Tower Hill.

This ghostly bus was last spotted in 1990 and the phantom number seven bus appears in Cambridge Gardens at 1.15 am. People have reported the bus driving towards them in the middle of the road, with no lights and no one at the wheel. Convinced they are about to collide with the bus, drivers often swerve out of the way, only to look back and find the bus has vanished without a trace.

There was a shortage of buses after WWI so an enterprising man by the name of A.G. Partridge realised he could profit from operating an independent service on some of the more popular routes. This prompted dozens of similar companies and by 1924 there were 200 independent buses in London. These buses didn’t stick to a single route and many took shortcuts to avoid traffic. Races between LGOC buses and ‘pirate’ buses became a common sight on the streets of London.

Not paying for your ticket got a whole lot easier on the articulated ‘bendy’ buses due to the three-door design and long carriage meaning passengers could sneak on and off without paying. Bendy buses were taken out of service in 2009 because they blocked junctions and were a danger to cyclists.

What is the weirdest object found on a bus?

There is a huge amount of stuff waiting at Transport for London’s Lost Property Office including stuffed puffer fish, breast implants, harpoon guns and prosthetic limbs which have all been handed in before. Most common lost items include bags, umbrellas and books but occasionally someone might turn up to claim their false teeth only to return explaining that weren’t his after all as they didn’t fit right!! Yes, this really happened!